At Dementia Support, staff have recognised that as part of being inclusive of supporting people with dementia and their carers, there are groups who have fear of statutory services. Older people from the LGBTQ community have described having being victims to brutal verbal and even physical abuse and judgemental treatment from the police or health services have developed a base level fear. One that they are not going to get the support they need but worse that their gender identify could be used as a weapon against them in their employment. This fear developed into a lack of trust in services really being on their side.

In a training session this year I heard an LGBT carer talk about the frustration he felt of being gay and having to come out and explain his relationship with his partner to every medical professional. The carer said that even though services say they are inclusive and welcoming of LGBTQ but asks if they really are, especially when there are many assumptions placed on his relationship to his partner. He said he is asked “Is this your brother or friend?” when attending medical appointments and is so frustrated at having to justify who he is.

To enable us at Sage House to show staff were being welcoming we have started asking questions from people from the Pride community and we would like to thank Melissa for writing her reflection in this blog. 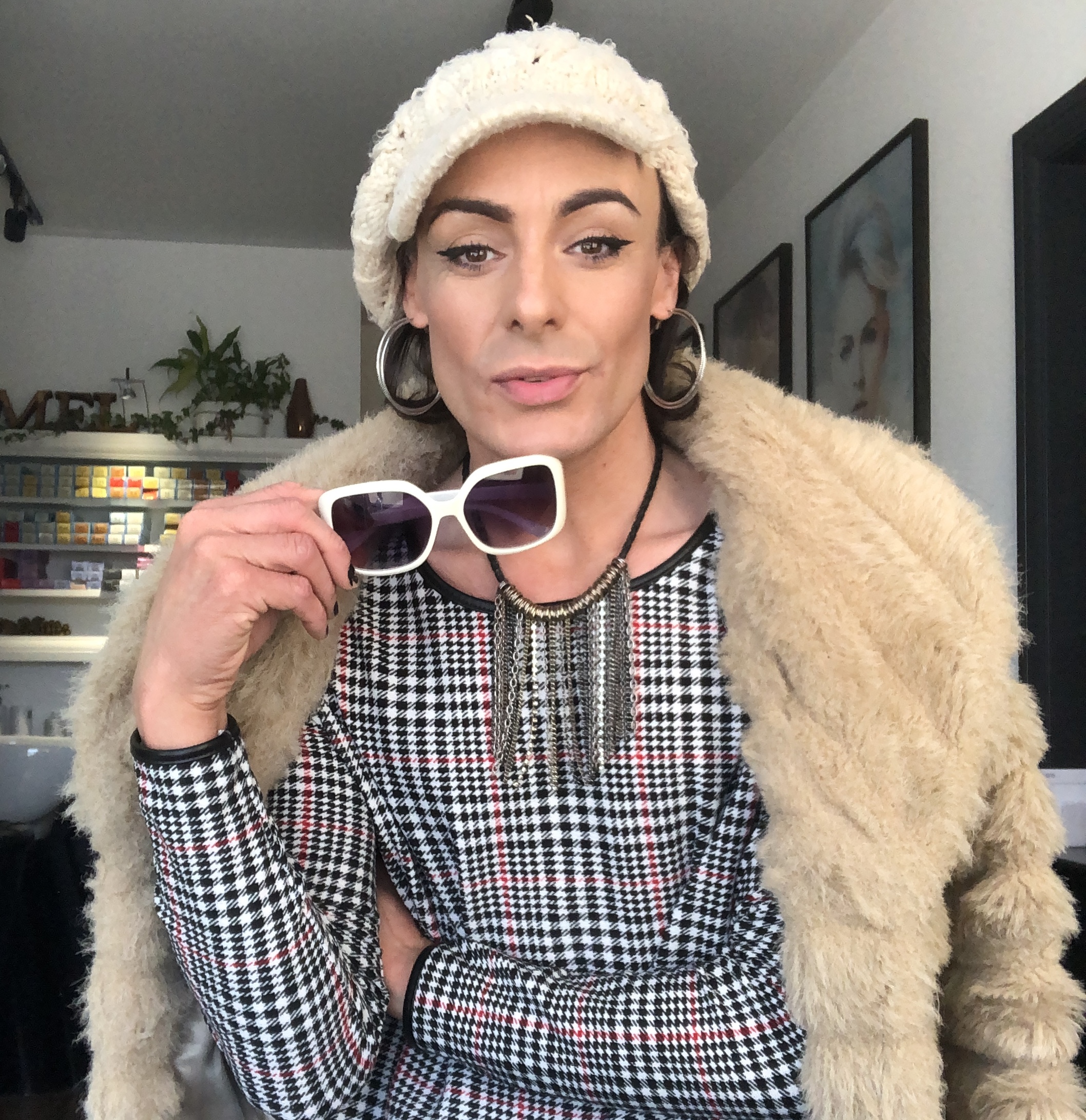 I am a transgender lady who is Co-Chair of Chichester Pride, who has lived in the area for over 22 years. I have had first-hand witness to how slow Chichester has moved forward with the current inclusion equality.

During lockdown 1, I was contacted by Sage House to discuss a few questions about the Pride Community and inclusion, to help them develop the dementia services offered to people in the Pride Community. I was so thrilled to have received an email from Jacquie at Sage House to invite me over for an open chat about my own situations, what is available in Chichester, and what we can do to move forward. The fact that a cis-gender lady has decided to speak to humans who go through this life, rather than deciding what is best for a community, I think, speaks volumes in the way Dementia Support is wanting to tackle this movement. Not having people speak for us, (Pride Community) on the matters in hand.

Arriving at Sage House, which is really easy to find off the A 27, looking glam in my shirt, short shorts, heels, and hat, and of course my PPE. I was greeted at the front of the building and escorted to a room where we could all sit safely around a table at a distance.

When the dialogue was opened up, not only was I there to talk about issues faced within the community, I was also learning about a topic I have never had to deal with, and also what may happen to myself, if I was diagnosed with dementia.

As much as we talked about potential triggers for transgender humans, realising that humans from different eras are going to have different experiences in their life’s, so not every human is textbook, in ALL cases. Humans’ family circumstances will all be different and learning how important it is to get your affairs in order to be able to live the last part of your life as YOU rather than what families think maybe best.

The topic that blew my mind the most for humans that are transgender, is that with dementia, you can lose all the important things that you may have done to reveal who you are later in life, but dementia can take that away from you, and forget that you have become who you are, and be taken back to all those moments of how you felt before coming to terms with yourself, the disgust, hatred, fear. It can also make you question why you have breasts if you were born a man, forgetting that you have undergone treatments that had made you happy and forget that happiness and back to the struggling times. It opened my eyes to what my future may hold. It is scary.

Having venues such as Sage House makes me feel a lot more confident that IF that time does come, there are places that care about who YOU are, and give you your voice. Recognising the signs, and not to be embarrassed or scared. Sage House has wonderful Wayfinders who are there to be on your side, speak early and openly would be my advice.

Change is not easy, but it has to start somewhere, Sage House has a tenacious attitude, an encouraging ethos, and friendly atmosphere. If you are questioning yourself, your friend, or a partner, Sage House is also there to ease your mind before going to the doctors so you can express yourself correctly to the doctors if needed. This goes for all humans.

I also learnt how dementia can go undetected in our younger humans, as there are check boxes when visiting the doctors. Getting the right treatment early on is key.

Dementia isn’t curable, yet. But quality of life can be increased if the diagnosis is there early.

Human’s end of life isn’t something we think about until we are at the end of our life, but actually it is a conversation that needs to be open throughout our lives. 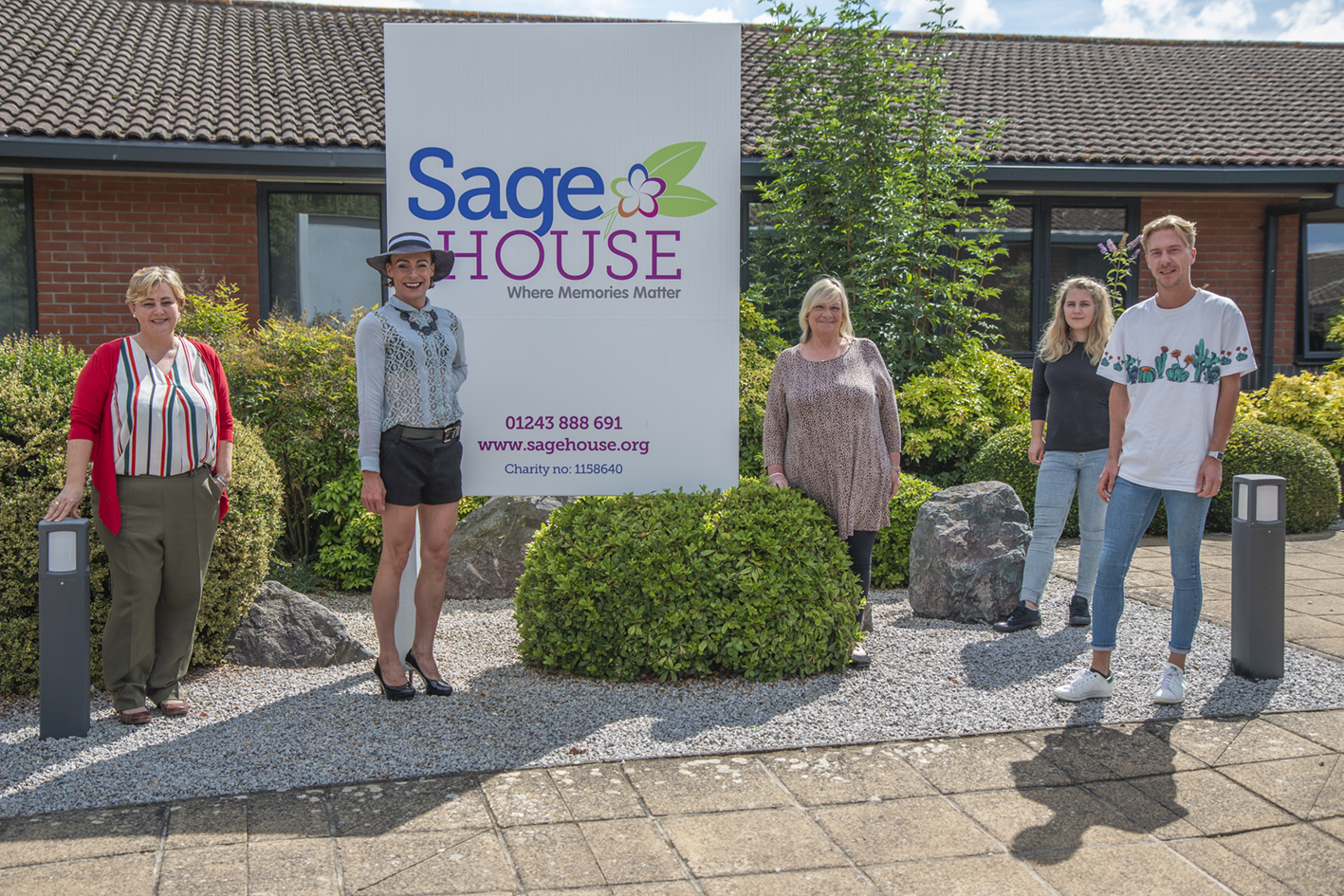 It has been so helpful for me, Mum loves the music and sings a-long, I can put them on repeat and it gives me time to get some house work done. It makes Mum so happy.

The Sport talk session was such fun and I felt like I was down the pub chatting with my mates, not at home in lockdown.

We couldn’t live without Sage House to help and support us with their wonderful staff.

You do a great job and I can always know that my husbands needs are catered for and I can relax.

An absolutely amazing service, I don’t know how I managed before

Strangely I came back and suddenly felt quite calm and in control again! Long may it last. Thank you for your input and help – it does make a difference.

I feel so lucky that Daybreaks has managed to stay open during the lockdown, it has allowed me to continue to be able to get out walking.

Thank you so much for the support pack for dad. He’s really enjoyed it. His main hobby is colouring so he is enjoying the different prints.